Used illuminated advertisements from the photo manufacturers Kodak, AGFA and Fujifilm are installed in vertical or horizontal order to correspond with Donald Judd's 'Stacks' and 'Progressions'. For his sculptures Judd had boxes industrially manufactured and attached them to the wall with their narrow sides so that the distance between two elements equals the dimensions of another element. According to his own concept, they are non-illusionary objects in real space signifying nothing but themselves. The illuminated photo advertisements indicate a hidden referentiality of Judd's sculptures and incorporate the dimension of time, which he suppressed. The outdoor exposure of the neon signs is conceived here as a photographic exposure in an extended sense and the camera literally as 'white cube' now sheltering the object. Traces of wear and tear hint at the passing of real time as well as the economical and technical developments that lead to the advertisements' disuse. 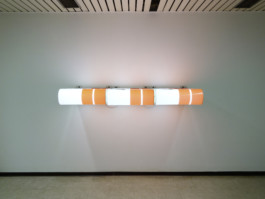 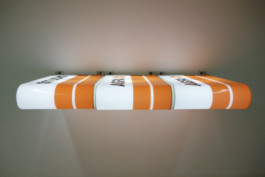 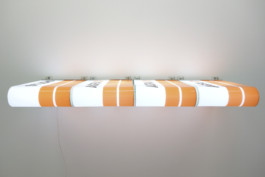 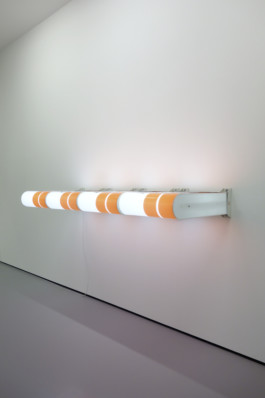 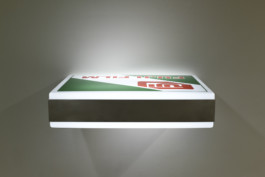 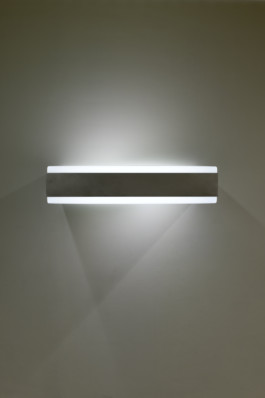 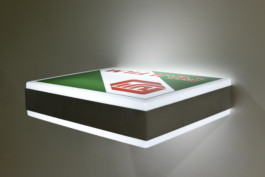 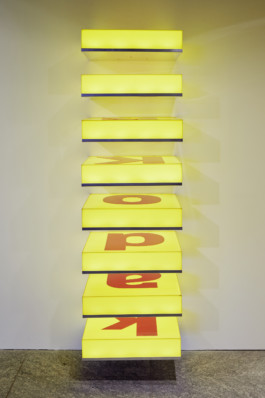