This series of photographs documents blackboards at universities and research facilities in Germany ranging from the 19th century to the 1970s. Four photographs of blackboards at Cologne University's department of philosophy with hinged sliding panels - presented as diptychs and triptychs - were produced and first exhibited in 2003. From 2009 to 2012 the series was expanded to depict blackboards in rooms and lecture halls at universities where thinkers such as Martin Heidegger (Freiburg), Theodor W. Adorno (Frankfurt), Carl Friedrich Gauß, Bernhard Riemann or David Hilbert (Goettingen) once taught. Either completely erased or only preserved in fragments the blackboards surfaces contain a palimpsest that has been inscribed on them over time. 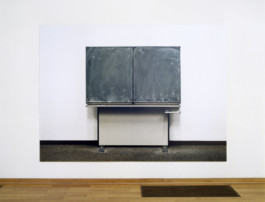 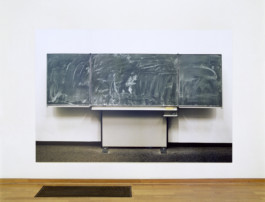 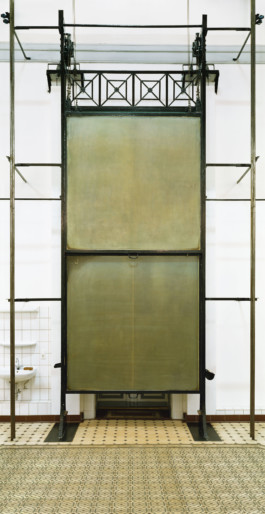 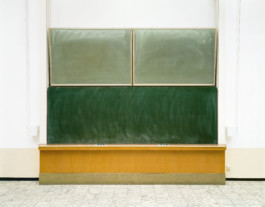 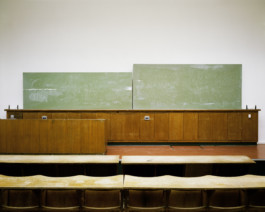 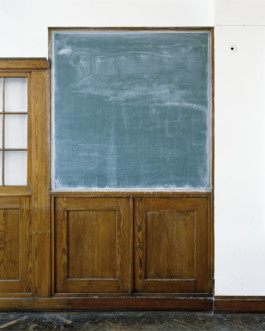 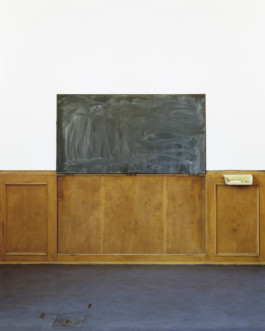 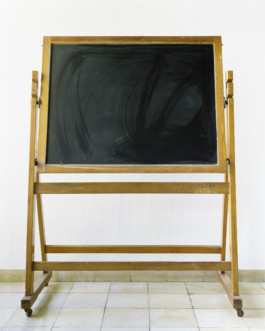 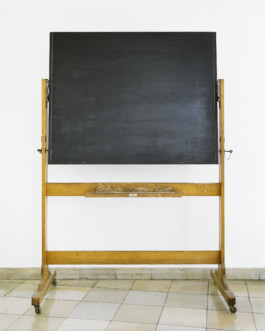 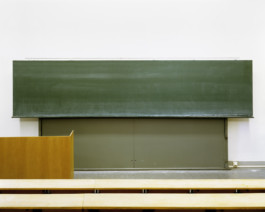 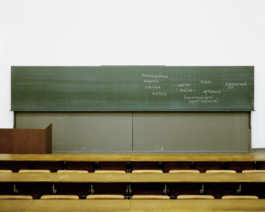 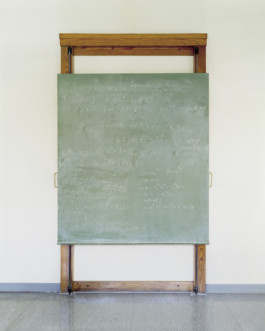 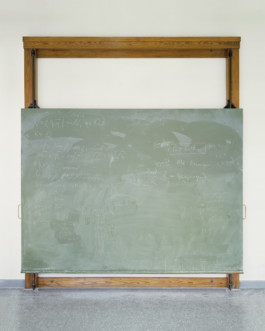 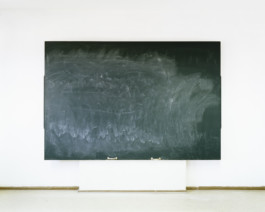 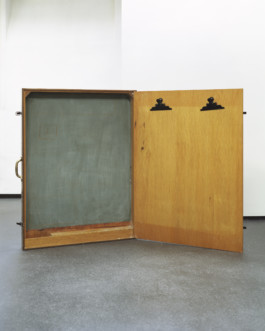 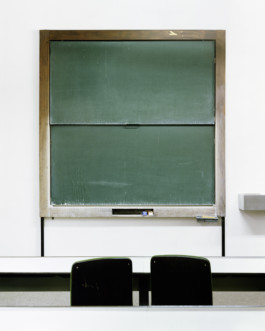 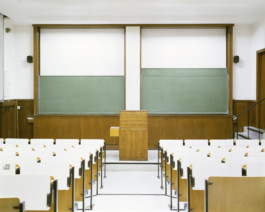 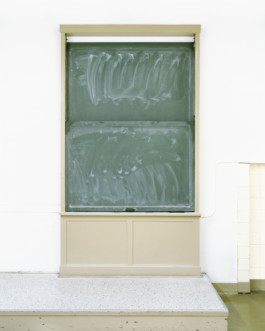 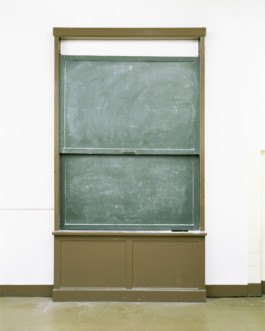 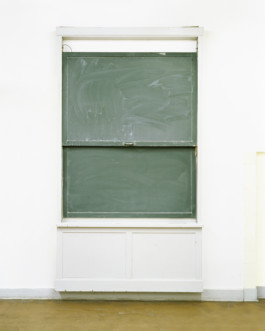 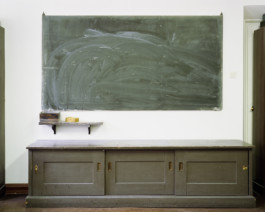 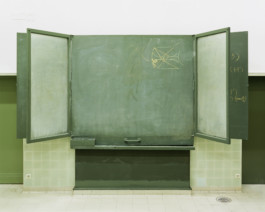 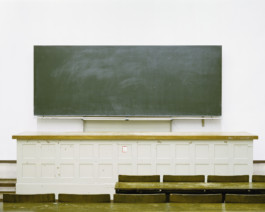 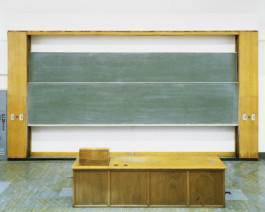 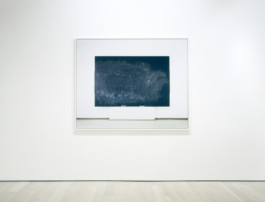 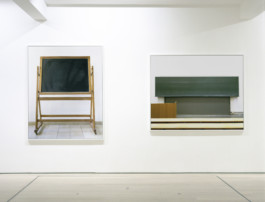 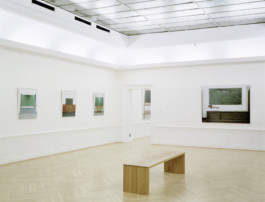 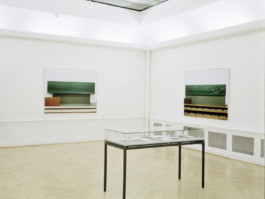 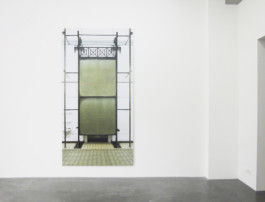